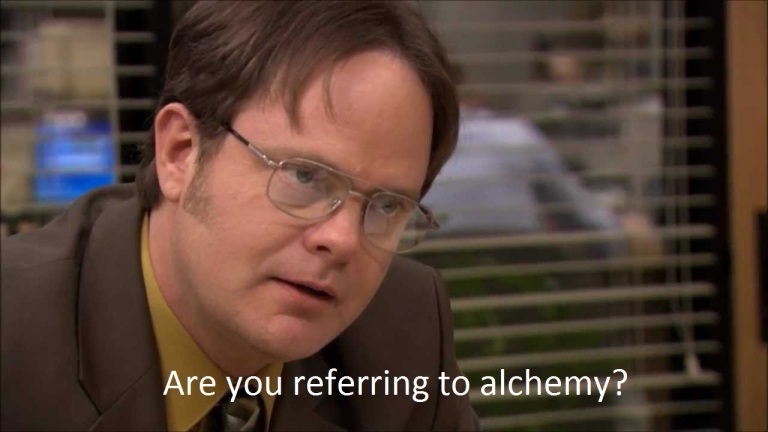 Digital Alchemy. Cool phrase but, what does it mean?

So, I’m not going to lie. The first thing that comes to mind when I think about alchemy is FMA (Fullmetal Alchemist)–Brotherhood, of course, though I don’t believe I really need to specify that. For those who may not be familiar though, FMA is a manga with an anime adaptation that revolves around the lives of two brothers–the Elrics–who tried to use alchemy to bring their mother back to life–emphasis on tried. See, the art of alchemy requires an exchange–in the FMA world, that exchange must be one thing for something else of equal value. What do you suppose is of equal value to a human soul? If you answered nothing good, you were so close! Case in fact, a human soul costs nothing good + an arm and a leg. 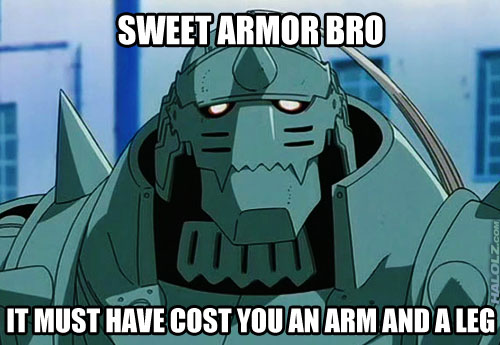 (Joking aside, this is a phenomenal series about so much more than what little I’ve mentioned and it is totally worth a watch if you get the chance ^.^)

Anyway, enough with the silly side of my impressions. What else comes to mind when I think of Digital Alchemy? Well, again, I get caught on that latter word–Alchemy. To me, alchemy embodies this idea of converting the mundane and worthless into something precious and valuable. More, alchemy identifies this very human desire for and belief in magic–magic that transforms the unwanted into the invaluable. Throughout history, we as humans have craved that kind of power. Revered the art of it as something magickal. Mystical. Refining. Redemptive, perhaps.

While belief and, subsequently, faith are not concepts I put much stock in myself, I do understand them to be in and of themselves just as powerful, if not more so, than the objects of their attentions. So, to me, it is not just the word but the belief in alchemy and what it represents about people which most captures me. Magic–specifically as it pertains to faeries, but that‘s another story–and the ideas of it have always fascinated me. There’s nothing that speaks more to who we are as humans, it seems, than our beliefs in the fantastical, in the awesome, and in the otherworldly. We want so much more than ourselves. Want to believe in it. Want it to be real.

Some, I believe, have attributed this kind of desire to greed. Humans are greedy, always wanting more. Never satisfied. And, in some respects, I agree that humans can be very greedy creatures. But, I think our beliefs in magic like alchemy also speak to something inherently different. That is, a desire to galvanize so thoroughly there is nothing but gold. We have always wanted to make the ordinary precious because, otherwise, what value is there really to those ordinary things? If something has no assignable, tangible worth to it, why keep it? Why bother? Alchemy was a way to instill not just worth and value and reverence but also purpose.

When it comes to thinking about alchemy and how it pertains to storytelling, both the digital and traditional kinds, this idea of alchemy’s ability to instill worth and meaning stands out. Writing and storytelling is a way to galvanize our experiences and turn them into something that matters. Also, it is a way to immortalize what has happened, immortality another subject alchemy concerned itself with. Digital alchemy, perhaps, is more concerned with the former–because the ability to engage with many digital pieces hinges upon the technology that is available and, since technology is currently ever-evolving, achieving immortality in the genre poses some unique issues still being worked out. (I know preservation efforts are under way, at least. But that, too, is another topic for another conversation).

Back to digital alchemy and storytelling as a whole, I think a large component of it returns to this core idea of wanting to transform the mundane and ordinary into something that has value, meaningfulness, and agency. Working in an online space allows for so much transformation to occur as well as transportation–ideas and stories can travel just about anywhere anytime. And, isn’t there power in that? Creating something that matters and can reach so many people? Creating something that can connect? Facilitate a new kind of bond? (I’m reminded of the Japanese practice of kintsugi–repairing broken objects with gold, fortifying cracks by galvanizing them, turning damage into something precious, something more valuable for it. And, again, FMA comes to mind. The Elric brothers sought to alleviate their pain through alchemy only to incur even greater damage for their efforts–but, that damage ended up serving a purpose in that it taught them something about the value of life itself. Taught them that life is precious because it ends. They learned that alchemy is not an antidote. Not an altar to sacrifice yourself upon. Not a means to avoid the inevitable. Magic, despite all our hopes, is not a cure-all. It can be, in time, a restorative, though. Because, magic is not just what we take of it but also what we make of it. Transformative. Restorative. Like our own experiences themselves, magic is about perspective, about the pursuit of something beyond just ourselves. It is longing to transcend, to transform, to overcome.)

Overall, I guess I see writing itself as a form of alchemy that seeks to transform not just the regular minutiae of everyday but also the unwanted parts of life and experience into something that has value and purpose so it can matter to other people. Speak to them. Facilitate transformation and renewal–for ourselves and for others.

Storytelling seeks to be magic, digital storytelling to be modern magic.

**Hope you enjoyed my thoughts on digital alchemy. I’m very excited to begin my apprenticeship as a digital alchemist ^.^ I had so much fun last semester delving into elit so I can only imagine that joy will grow this semester!

Sorry I left early last week, btw! It’s not ’cause of anything anyone said, I just had a train to catch! 3 actually, when all is said and done, but if I miss that first one, it throws everything else off! Hope that doesn’t become an issue this semester for anyone!

Also, this blog was the one I used for cataloging my Elit experiences from last semester. Figured I’d re-purpose it since I think my past thoughts and feelings could be insightful at some point. Feel free to check out those old posts too, if you want!!

Catch you on the flip-side!**

Help Me Speak Your Language

This work is licensed under a Creative Commons Attribution-NonCommercial-ShareAlike 4.0 International License.

Cue “Eye of the Tiger”

My Tweets
Improving the Model Making Process in Metalworks

Masking #Suffering Over My MA Thesis Topic with #Humor

"That you are here—that life exists and identity, That the powerful play goes on, and you may contribute a verse." ~Walt Whitman

The City of Names
Alchemist Anonymous

A Journey into Digital Alchemy

ALCHETHEORY ARCHIVES
Owls Are People Too

...and this one hoots too much.